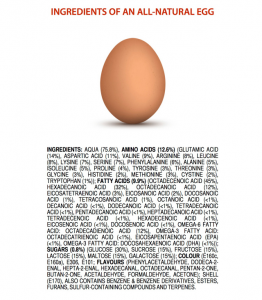 2. Training is like fighting with a Gorilla. You don’t stop when you’re tired. You stop when the Gorilla is tired. -Greg Henderson Team Sky

3. ”To prepare for a race there is nothing better than a good pheasant, some champagne and a woman.”-Jacques Anquetil

4. Question: Jens, what do you say to your legs? Jens Voigt: Shut up legs!

5. ‘If I had attacked one more time I would have dropped myself.’ – unknown

6. “I used to work in a bank when I was younger and to me it doesn’t matter whether it’s raining or the sun is shining or whatever: as long as I’m riding a bike I know I’m the luckiest guy in the world.” – Mark Cavendish

7. There is a special mystique about the marathon, for example, because of its length—but that’s just the bit you do at the end of an Ironman” – Chrissie Wellington, 4x Ironman World Champion

8. “If it’s hurting me, it’s killing them.” — Sebastian Kienle, on setting the pace for his competition during the bike leg of the Ironman World Championship.

9. “The one time, and only time, I will shush my wife without getting in trouble is at mile 14 of an Ironman Marathon.” — Trevor Wurtele, recapping Ironman Arizona

10. “You can quit if you want, and no one will care. But you will know the rest of your life.” – John Collins (Founder of The Ironman).

11. After collapsing at the finish in the La Plagne stage of the 1987 Tour, Stephen Roche was asked whether he was okay, his reply:

“Oui, mais pas de femme toute de suite” (“yes, but I am not ready for a woman straight away”)

14. ”If God invented marathons to keep people from doing anything more stupid, triathlon must have taken Him completely by surprise.” P. Z. Pearce

19. ‘Learn to swear in different languages. Other riders will appreciate your efforts to communicate. They’ll also know who you’re talking to.’ – Robert Millar, on fitting into a pro peloton

20. ‘On the continent of Europe it is said that 21 July 1969 was an important day in world history. For two reasons. A man called Neil Armstrong walked on the moon and a man called Eddy Merckx won his first bike race’ – David Walsh, The Agony and the Ecstasy

21. ‘A mountain bike is like your buddy. A road bike is your lover’ – Sean Coffey

22. ‘At least you can quit a bike race’ – Connie Carpenter Phinney (wife of Davis Phinney) comparing childbirth to competitive cycling

23. ‘Cycling is much more fun than dating…..I still get to chase women, and sometimes catch them. But when I get dropped, at least there is no emotional attachment’ – T. A. Melton

24. ”It may seem odd that cycling (often) seems to be less about riding than it is about getting the ride over with as soon as possible. . . Enjoyable things should be savored. . . Racing a century is the cycling equivalent of shotgunning a beer. Eventually you learn that sipping is more enjoyable- and it gets you just as drunk in the end.” – The Bike Snob, Bicycling, October 2009

25. ‘“If it weren’t for bicycles, world domination would be within my grasp!” – Stuart Black

So some motivational ones, some funny ones and perhaps you have read some of these before. But if you have any quotes that perhaps readers wouldn’t have see before, do leave in the comments below.

Right back on the bike……